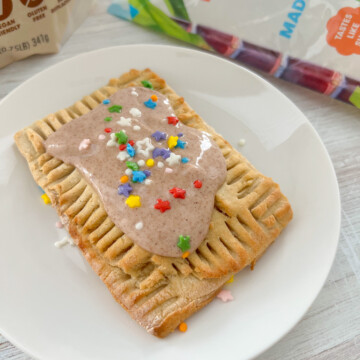 Make this childhood treat in the comfort of your own kitchen. These homemade apple cinnamon pop-tarts are made without dairy or eggs, can be made gluten free, and even sugar free! Everyone will love them and they're as fun to make as they are to eat!
5 from 3 votes
Print Recipe Pin Recipe
Prep Time 15 mins
Cook Time 45 mins
Total Time 1 hr
Servings 12
Calories 136 kcal

Serving: 1gCalories: 136kcalCarbohydrates: 21gProtein: 3gFat: 4g
Tried this recipe?Let us know how it was!